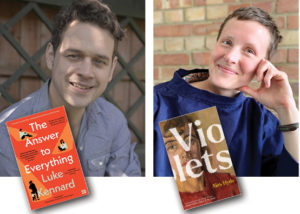 Luke Kennard, head of the Department of Film and Creative Writing at the University of Birmingham, won the Forward Prize last year for Notes on The Sonnets, his 'anarchic' response to Shakespeare’s sonnets, a work which judges are predicting could 'transform' students’ relationship with the Bard. His first novel, The Answer to Everything, is the family story of love, longing, betrayal. Alex Hyde's critically-welcomed debut, Violets, is a meditation on motherhood, and the poetically lyrical telling of her father's life story - the intertwined lives of two women in wartime. These two exciting writers will explore when poetry and prose collide and why one works so brilliantly with the other.