We bring you a brilliant selection of high profile authors with online sessions covering all Key Stages exploring stories, storytelling and story-writing.

These sessions were recorded exclusively for you and are FREE to view. Please share them with young people learning from home or in school. We hope this not only supports teaching and learning, but also brings some joy and encourages everyone to keep reading books and writing stories.

This project was made possible by the Local Giving Matched Funding initiative which matched donations made to the Festival for this Project. 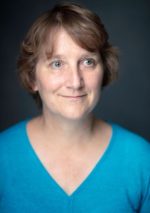 Pippa has written over a hundred books for children. Shortlisted for numerous awards, she won the Historical Association's Young Quills Award for best MG children's historical novel 2019, won Mumsnet's Book of the Year for 3-4 Year Olds, and York Libraries Best Picture Book Ever awards with her picture book You Choose, illustrated by Nick Sharratt. She also writes under the name of Laura Owen when writing the Winnie the Witch storybooks. Here she'll show you how to create a fairytale story with all your favourite characters. Which fairy tale hero would you like to be today? Where will you go on your fairy tale quest? And what fairy tale baddy would you least like to meet? She'll inspire children from 3 up to make their own stories again and again. 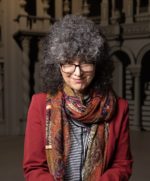 WATCH 'HOW TO WRITE A GREAT STORY' HERE

WATCH HER TALK ABOUT THE TIME TRAVEL DIARIES HERE

Caroline's is a brilliant storyteller. Her first book The Thieves of Ostia led to a 17-book Roman Mysteries series (which was televised by the BBC). She's written a spinoff series called The Roman Mysteries Scrolls for younger children and two retellings of stories from Virgil’s Aeneid for teen readers: The Night Raid and Queen of the Silver Arrow. Her series for children aged 9+ is The Roman Quests set mainly in Roman Britain, and she's also written a series set in the Wild West called The PK Pinkerton Mysteries. Her most recent books are The Time Travel Diaries in which a London schoolboy goes back to Roman London, and How to Write a Great Story which she talks about here. 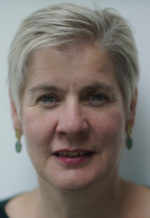 WATCH HERE
CILIP Carnegie Medal winning Tanya is the author of more than 40 books for children and young adults, and regularly delivers talks in schools to inspire children to read and write creatively. She is talking about one of her most popular books, The Fisherman and his Wife as well as her latest offering, The Song of the Nightingale, an traditional and evocative tale of how the animals got their colours. 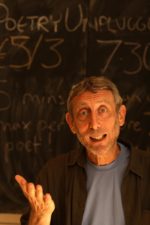 WATCH HERE
Michael is one of Britain’s most popular contemporary poets and authors. He’s authored more than 140 books including the hugely best-selling We’re Going on a Bear Hunt. He also served at the UK’s Children’s Laureate from 2007 to 2009. Michael is a regular speaker in schools and his website contains a whole series of entertaining videos including poetry challenges and writing advice for children. For this event, Michael talks about his latest book, Barking for Bagels, the funny story of a small dog named Shnipp. 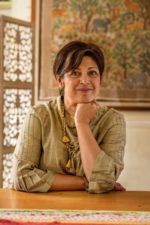 WATCH HERE
Sita is an acclaimed author and playwright and the Writer in Residence at the Islington Centre for Refugees and Migrants. Her debut novel, Artichoke Hearts, won the Waterstones Children Book Prize. For this event, Sita talks about two of her books, When Secrets Set Sail and Where The River Runs Gold, both of which are engaging stories that tackle important issues including colonialism and inequality. Her website has lots of resources to inspire readers and writers and you'll find resources around When Secrets Set Sail here. 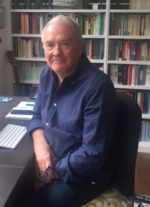 WATCH HERE
Tony is a much loved and award-winning author who has been involved in children's books for 35 years. He has written for all ages, edited anthologies of poetry and short stories and done hundreds of talks in schools. For this event Tony will talk about his new book, an atmospheric re-telling of William Shakespeare's Macbeth, which serves as an entertaining and engaging introduction to the classic story. 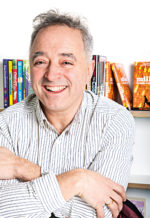 WATCH HERE
Frank is an English screenwriter and novelist, and was the writer of the 2012 London Olympics Opening Ceremony. He is well known as an author of children’s fiction, including his debut, Millions, which won the CILIP Carnegie Medal and was made into a film by Danny Boyle. Here he will share the funny stories Runaway Robot and Cosmic, and about how he crafts his stories. 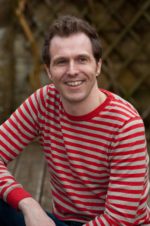 WATCH HERE
Christopher is an award-winning children’s author whose book have been translated into more than 20 languages. Chris wrote How to Be a Young #Writer and How to Write Your Best Story Ever, to encourage children to write and develop their imaginations. His website contains lots of resources for teachers and parents. He’s talking about his book The Longest Night of Charlie Noon, a spooky adventure story about three friends lost in the woods.

We hope you enjoy the events - please let us know what your thoughts by emailing us here!

Open to everyone aged 5 to 21 with a top prize of £300 and the best submissions published in a Festival poetry collection. Deadline 5th March.

With thank to Arts Council England

Also supported by donations and the LocalGiving Match Funding Initiative